Bungie officially confirmed in their weekly update that they will indeed wipe the Destiny servers, effectively eliminating all of your Guardians and any loot you may have stored in the vaults. Therefore your characters and gear from the Beta will not transfer over to the final version of the game come September 9th.

Tyson Green, a designer at Bungie gives us some reasoning and explains that

“Since the Beta, we’ve continued to tune and adjust the game. The way you earn experience has been adjusted up and down a bunch of times. Items have been added and removed. New features toggled. Although there’s no single monumental change, the sum of the tweaks leaves characters from the Beta Build in strange shape that would be confusing at best, broken at worst.”

Bungie has assured us that this will be the last time you’ll have to say good-bye to your Guardian. On September 9th you’ll create a Guardian and (hopefully) a long lasting friendship. 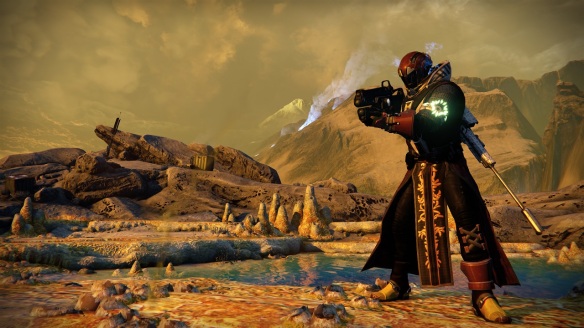 This news was expected but nevertheless a little painful, especially since many Guardians reached the Beta level cap fairly quickly and began hording weapons and gear beyond that level in the vaults hoping to see them again. However Bungie has told us yet again that we have only just scratched the surface with the Beta and “there is so much left to do – much left to earn and master”.

It’s time to look beyond the horizon and imagine the frabjous gear and weapons that await us.