Respawn Entertainment just hosted a livestream for their upcoming Expedition DLC for Titanfall where they unveiled a trailer for their DLC showcasing the 3 maps. Swampland, Runoff, and War Games.

Update: Expedition DLC and update will be available on May 15th for XboxOne and PC.

Excited to say our Expedition DLC and update (http://t.co/o4nISHL9HQ) will be available on May 15th for XboxOne and PC.

Along with this DLC there is a huge list of updates coming to all platforms. Check the list here: http://www.titanfall.com/game-update-three 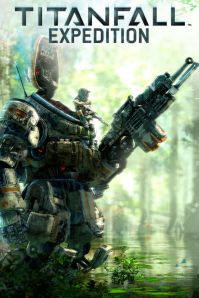 Just announced at Pax East. The first of three confirmed DLC for Titanfall has been
announced. Titanfall‬ Expedition DLC coming in May for $10. It will contain 3 Maps – Swampland, Runoff, and War Games. These maps will take place after the events in Titanfall’s “campaign”.

This image advertising the DLC pack showcases a sneak peak at a map called “Swampland” – a map that will feature large number of trees which allow you to wall run in crazy, unpredictable paths. The second map, Runoff, is loosely connected to Swampland. and reported to have “a lot of pipes and water.”. War Games, the last map, takes place within the area titan pilots train in and will look futuristic and “Tron”-like (think of those narrow hallways in the tutorial)

Titanfall has 3 DLC packs planned for $10 individually, or $25 for the seasons pass. END_OF_DOCUMENT_TOKEN_TO_BE_REPLACED

END_OF_DOCUMENT_TOKEN_TO_BE_REPLACED

From the beginning you have access to all 3 titan classes through the given default loadouts (Atlas, Ogre, and Stryder). Once you unlock the ability you customize your own titan loadouts you only have access to the Atlas chassis.

Respawn just released their official gameplay launch trailer for Titanfall showing off some new maps and environments all while kicking butt with the same awesome features seen before! Titanfall releases 7 days from today, who’s excited? I am!

Stand by for Titanfall. Crafted by key developers behind the CALL OF DUTY franchise, Titanfall is the first next-gen shooter that combines fluid wall-running, double-jumping action with powerful, fast-paced titan warfare to set the new bar for online multiplayer gameplay. Already the winner of more than 75 awards from critics around the world, Titanfall is winning over fans with its thrilling, dynamic first-person action gameplay featuring elite assault pilots and agile, heavily-armored, 24-foot titans.

Pre-order your copy today for Xbox One, Xbox 360, and PC here: http://www.titanfall.com/buy

Available March 11, 2014 in North America and beginning March 13 in Europe.

We have opened registration for the Titanfall Beta. Register NOW for a chance to play: http://t.co/V17Hnd2AvS #Titanfall

Titanfall Beta Sign-ups are up earlier than the expected 6pm PST launch (announced by Vince Zampella). Spots are limited! Go to http://www.titanfall.com/beta to register! Hopefully see you on the virtual battlefield. “Keep in mind this is registration only and you’re not guaranteed access”.

Update: According to the trailer, it looks like the Beta will start on February 14th.

Update: “If you’re selected to participate within the Titanfall Beta you will receive an e-mail on Feb 14th.” – @TitanfallGame