Looks like a leaked live action photo has surfaced on reddit /r/Halo. Speculations have been made that this photo is either for a live action commercial for Halo 5: Guardians or for Stephen Speilberg’s Halo Television series.

The source of the image won’t be mentioned as it was promptly removed from the social media platform. 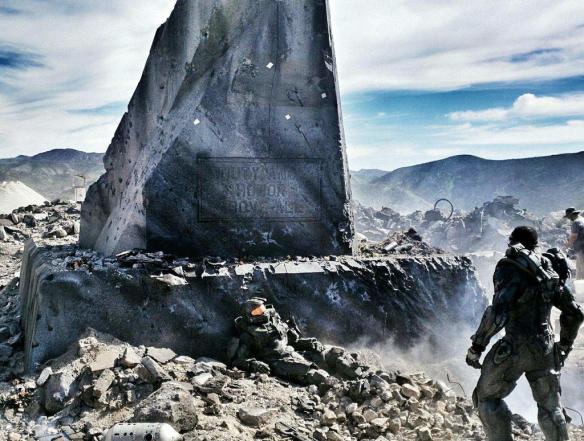 The photo depicts Master Chief laying at a base of a burned and scarred memorial, while Agent Locke approaches without his helmet. You can also see a camera crew personnel in the background on the right. The memorial reads “Duty and Honor Above All”, there are speculations this could be the same memorial seen at the end of Halo 3, but the Voi Memorial is made out of UNSC Pelican wing where as this new image clearly depicts a stone memorial. The pelican wing memorial could have easily been replaced by a more permanent memorial item since the events of Halo 3.

Another theory is that this image could be for a commercial that may function like the Halo 4 Scanned commercial, which was live action, gave us hints of Halo 4’s story direction, but not actually be canon in game.

Update: Microsoft has issued the following statement since the photo surfaced

“Xbox and Halo have a tradition of creating rich, narrative events to entertain and delight fans, including award-winning campaigns such as Starry Night, Believe, Remember Reach and more. We have no details to share at this time but look forward to exciting and surprising fans later this year as work continues on Halo 5: Guardians.”

At New York Toy Fair 2015 MEGA Bloks, Kotobukiya, McFarlane Toys, and BOOMco unveiled some of their new toys coming this fall 2015. Many of these are inspired by Halo 5 and according to James Monosmith, Marketing Manager for Halo Consumer Products at 343 Industries, “…some of the MEGA Bloks toys feature sneak peeks into the plot of Halo 5: Guardians.”

According to James Monosmith, Marketing Manager for Halo Consumer Products at 343 Industries “…some of the Mega Bloks toys feature sneak peeks into the plot of Halo 5: Guardians.”

The entire 6 episode series of “The Sprint”, previously only available on the Halo Channel Xbox One App, is now available on YouTube.

343 Industries presents an unprecedented and exclusive behind-the-scenes look into the development of the Halo 5: Guardians Multiplayer Beta. The Sprint lets viewers step into the lives and meeting rooms of the team that makes Halo 5: Guardians happen 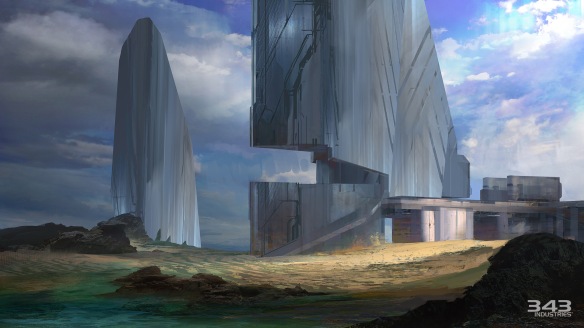 In the same community update 343 Industries announced that the Content Update Beta for Halo: The Master Chief Collection (which was only open for Xbox One Preview Members) has been cancelled. The beta would have delayed the public release of the content update and now testing will be done internally.