As many of you are aware, the number of players online player Halo 4 has been on the decline. A popular image has been floating around the inter-webs demonstrating that there is in fact an elephant in the room… or lack there of.

Shown by this image, Halo Reach was pulling higher numbers this point in it’s video game life cycle than Halo 4. Which is a little disheartening and begs the question what does 343 Industries have to do for Halo 5 and beyond?

Here’s also a screenshot of the Halo 4 playlists and numbers shortly after the midnight release November 6th PST/PDT for comparison.

Thoughts on what 343 Industries needs to do?

As the title says, Microsoft made headlines when they announced the change or reversal of their Xbox One DRM policies. In this video I discuss the news and what it means for some innovative Xbox One features that unfortunately won’t exist because of these changes.

The rumors were true! Microsoft has made the smart business decisions in regards to some rather negative policies imposed by Microsoft for the Xbox One. It was modeled partially after a Steam like platform, but after much community feedback, some more violent than others, Microsoft has retracted and did the right thing!

“So, today I am announcing the following changes to Xbox One and how you can play, share, lend, and resell your games exactly as you do today on Xbox 360. Here is what that means:

In addition to buying a disc from a retailer, you can also download games from Xbox Live on day of release. If you choose to download your games, you will be able to play them offline just like you do today. Xbox One games will be playable on any Xbox One console — there will be no regional restrictions.

These changes will impact some of the scenarios we previously announced for Xbox One. The sharing of games will work as it does today, you will simply share the disc. Downloaded titles cannot be shared or resold. Also, similar to today, playing disc based games will require that the disc be in the tray.”

After much backlash from the community and during the thunderous cheers during the Sony E3 2013 press conference it only seemed like a matter of time.

** UPDATE: Here are the updated Xbox One Policies **

Giantbomb broke the news first (giantbomb article) and has since gone viral, crashing the site. Here’s a screenshot and excerpt from the website.

“Multiple sources inform me Microsoft will announce what amounts to a complete reversal on its DRM policies for Xbox One today.

What does this mean?

Microsoft themselves has confirmed that policies have been updated.

“Update on June 19, 2013: As a result of feedback from the Xbox community, we have changed certain policies for Xbox One reflected in this blog. Some of this information is no longer accurate — please check here for the latest.“

I’ll try and keep you all updated on the changes!

Bungie debuted Destiny’s gameplay at the Sony E3 2013 Press Conference. I spent a lot of time collecting information from tons of interviews taken place during E3 so here’s my analysis of the gameplay demo.

Hi there, back again with some more Destiny News while I work no the E3 gameplay analysis extravaganza.

Here I break down the PS4 Warlock Class controller layout, talk about 3 abilities for the Warlock class, show off footage of 3 out of the 4 gestures labeled on the controller, and talk about new possible playable locations in our solar system.

Straight from the Sony E3 2013 press conference here is the 12 minute long gameplay demo put on by Bungie showing off the amazing-ness that is Destiny!

From the creators of Halo and the company that brought you Call of Duty, comes Destiny, an epic adventure unlike anything players have experienced. In Destiny you are a Guardian of the last city on Earth, able to wield incredible power. Explore the ancient ruins of our solar system, from the red dunes of Mars to the lush jungles of Venus. Defeat Earth’s enemies. Discover all that we have lost. Become legend.

From the creators of Halo and the company that brought you Call of Duty, comes Destiny, an epic adventure unlike anything players have experienced. In Destiny you are a Guardian of the last city on Earth, able to wield incredible power. Explore the ancient ruins of our solar system, from the red dunes of Mars to the lush jungles of Venus. Defeat Earth’s enemies. Discover all that we have lost. Become legend.

Hello everyone, 343 Industries made the trip down to E3 and left us all with our mouths wide open wanting more!! That sounds wrong… but I don’t care! 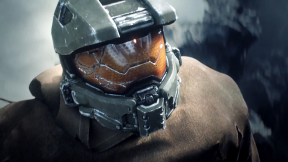 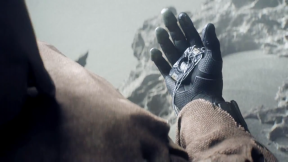 They unveiled a video showing Master Chief wandering a desert, with Cortana’s chip in hand, and then a massive Forerunner-like beast emerges from the ground. Could Master Chief be searching for Cortana or is the chip just a constant reminder? Only time will tell.

I honestly was expecting a side Halo game like ODST, Halo Wars, more Halo Spartan Assault, maybe even a Halo 2 Anniversary announcement. I had slight feeling that 343 would show a side game and perhaps a very minuscule teaser for Halo 5. I have a gut feeling that this will be Halo 5 as Master Chief has never appeared in a side Halo game (like the ones mentioned before) this appears to be a main story line game.

The game is currently being called “Halo on Xbox One” with everyone assuming it to be Halo 5. But only time will tell. The game will be released on Xbox one in 2014.

The award-winning franchise continues on Xbox One, beginning in 2014. Final title to be announced at a later date. – HaloWaypoint

@Xbox just tweeted linking the video calling it Halo 5. Could this be a typo or just revealing the truth all too soon? Again only time will tell 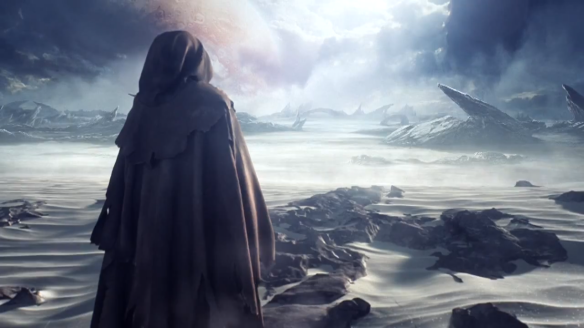 Wake me when you need me!

Hello everyone, just sharing my thoughts on a few things: The Halo 4 Weapon Tuning, 343 Industries and Vanguard Games Windows 8 game Halo Spartan Assault, and finally a particular topic in regards to the on-going (but expected) Xbox One and PS4 console war; because ’tis the season for console wars.