Lots of exclusive Halo 5: Guardians Campaign footage has been revealed today by many media outlets and YouTube channels. I’ll be updating this post with some of the best footage to share for you!

Warning, since this is campaign footage this does contain spoilers. So be warned. Although many outlets have removed serious spoilers. Continue at your own risk.

END_OF_DOCUMENT_TOKEN_TO_BE_REPLACED 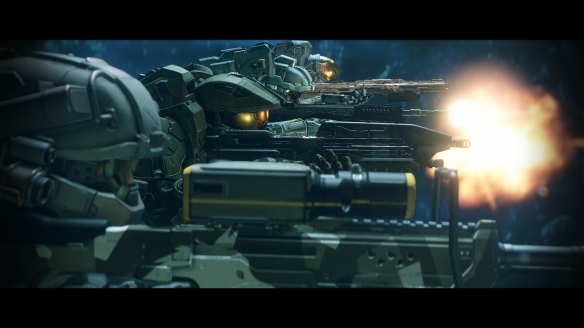 Halo 5: Guardians will feature a dynamic 1080p resolution system to allow the game to run at 60 frames-per-second at all times as announced on a recent blog post on HaloWaypoint by Josh Holmes, the Studio Head for Halo 5: Guardians.

The big take away from the blog post is that we now have our answer if Halo 5: Guardians will run at 1080p and 60fps. The answer is yes… most of the time. Halo 5 Guardians will always run at 60 fps and this is supported by a new progressive resolution system that allows them to render the resolution up to 1080p based on the current scene you’re playing or experiencing.

So what does this mean? Well the gameplay will always run at 60fps and during much of the campaign you may be playing at 1080p, but this all depends on what’s currently going on in the game. If the situation gets really crazy with vehicles, visual effects, and combat – the resolution will dip lower than 1080p to maintain 60fps. As of right now we don’t know how low the resolution will go.

If they didn’t have this progressive resolution system, they would have to reduce the scale of the most intense combat encounters or lower the quality across the game to maintain the goal of 60fps at all times.

This isn’t a new system, most recent example of a game to use this system is Witcher 3 on Xbox One. – Which floated from 900p to 1080p when necessary and has received some praise in doing so.

Halo 5 “ViDoc”** being shown in theaters showing an inside look at the process and passion that has gone into the development of Halo 5: Guardians, and experience an intimate glimpse into the next great adventure in the Halo universe.

**Now without the fight scene we saw from the leak.

Gamestop updated the image for the Spartan Locke HUNTER-Class Armor Set. Halo 5: Guardians Pre-Order Bonus content is not exclusive. You can earn Pre-Order bonus content in-game through the REQ System. 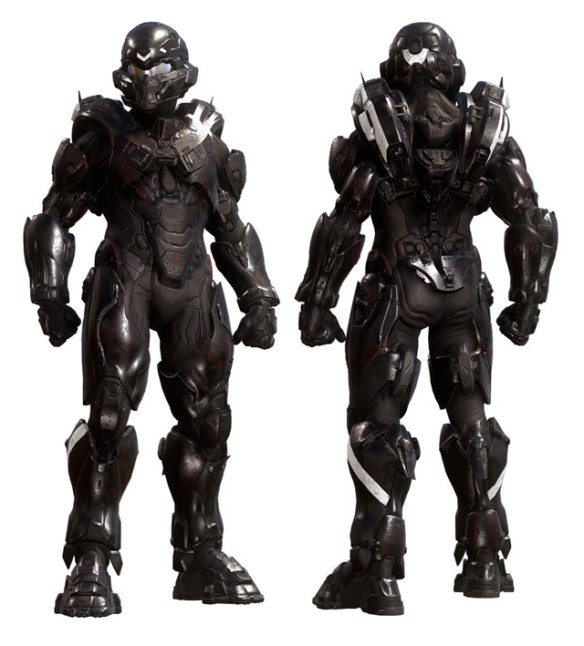 Halo 5 Opening Cinematic. Watch Spartan Locke and the rest of Fireteam Osiris in the worldwide unveiling of the opening cinematic to Halo 5: Guardians. In the cinematic, the group receives UNSC orders to recover a high value target and deploy to take on Covenant and Promethean forces in a fierce action sequence – the start to the most ambitious, robust and epic Halo campaign experience yet.