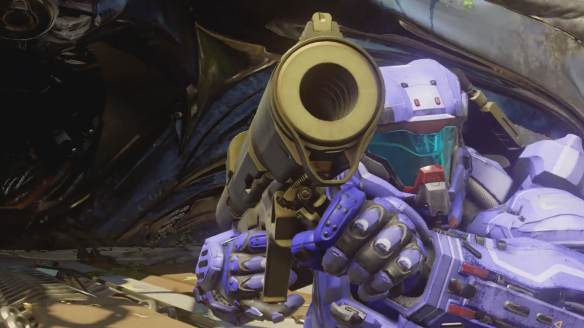 Vote for either Hydra or the Rocket Launcher for Phase 2 of the Halo 5 Beta https://www.halowaypoint.com/en-us/community/bulletins/the-bulletin-episode-6

Bonnie Ross apologized for the state of matchmaking for Halo MCC at launch and details about the compensation have now been announced.

To those who played Halo MCC online since launch, Nov 11th 2014 and through December 19th 2014 you will receive the following for free as compensation

Halo 3 ODST’s Campaign and the remastered map Relic are currently in development and are set for a spring 2015 release. 343 have stated it is just the campaign for ODST and they have no current plans to include firefight.

The remastered Halo 2 Anniversary map Relic will available to all users regardless of eligibility.

The 1 month of Xbox Live gold will be delivered to your account as early as mid-January 2015. The exclusive in-game nameplate and avatar will be available in an upcoming content update this December 2014. 343 stated the avatar and nameplate will not be available to additional users in the future. They also do not have any details at this time if they plan to have ODST’s Campaign available for purchase in the future.

A look at the live Spectator Mode for Halo 5: Guardians. The Spectator mode allows you to watch anyone on your Xbox One friends list play Halo 5 live – and I show you how in this video.

Halo 5 Guardians MP Beta Trailer. Ready for some hot Red on Blue action? To prepare fans for the start of the highly-anticipated Halo 5: Guardians Multiplayer Beta on Dec. 29, this new trailer provides a sneak peek at the new maps, modes, weapons and Spartan Abilities featured in the intense 4v4 multiplayer arena gameplay of the 3-week beta. Each week we will feature new content including 7 new maps, 2 new weapons, new modes, and a new Competitive Skill Rating (CSR) system. Or sit back and enjoy watching multiplayer matches in the all-new Spectator Mode. Available from Dec. 29, 2014 through Jan. 18, 2015 to anyone who owns a copy of Halo: The Master Chief Collection.