Lots of details in this weeks Halo Bulletin. Too much to cover from RTX, Halo 4 Global Championship, Halo 4 Champions Bundle, new Halo 4 Armor Mods, and Halo4 Legendary Slayer Playlist along with a matchmaking update for the Global Championship.

Here are the highlights. Click here to read all of it!

The Champions Bundle contains three DLC packs, as well as bonus content, including:

Vertigo is an asymmetrical map that provides a wide variety of indoor and outdoor combat. The map lends itself best to Slayer and Extraction game types and is best played with anywhere from 8 to 10 players. Vertigo also touts the return of a dynamic, interactive element in a Halo multiplayer map: Each base has a trigger point that depletes the shields of all players in range when shot. The map also contains a series of caves on each side as well as three levels of verticality, providing players with several different routes for attacking each base.

In addition to the Halo 4 Champions Bundle bonus content, we’ll be releasing two additional armor mods free of charge for the community to enjoy. We’re currently planning on releasing these one day before the Champions Bundle releases on August 20, and you’ll immediately be able to incorporate these new mods into your loadout and experiment with them.

• Survivor ejects you out of a vehicle if it’s about to explode.
• Recharge decreases the time it takes for your shields to recharge.

At PAX East, we announced that we were working on a new playlist named Legendary Slayer. After much iteration, discussion and playtesting, we’re excited to announce that it is (almost!) here and (almost!) ready for your enjoyment. Legendary Slayer is a variant that focuses on basic gameplay with only one loadout, on-map weapons and motion tracker enabled. Here are the key settings:

The singular loadout is:

We’re excited to deliver a brand-new experience to Halo 4 Matchmaking that will focus on even starting weapons and map control, with players fighting to gain control of all rifles, power weapons and each map’s power positions. The Legendary Slayer playlist launches Monday, July 15, on the following maps, which have been custom-created specifically for this playlist:

Here are my thoughts on the proposed Halo 4 Weapon Tuning to various weapons in the Halo 4 sandbox. There isn’t a finalized list out there yet, but I list off the repeatedly mentioned weapons and their changes as all signs point to them making the cut on June 3rd.

I hope you enjoy and feel free to discuss your thoughts on the matter!

After reviewing community feedback from past weeks, we felt it was necessary to clarify that the red reticle range (RRR) of the DMR has been reduced, and the RRR of the LightRifle has been increased to match this new range exactly (Note: this is different from reducing the DMR to the LightRifle’s original range). What we’ve found in current testing is that the LightRifle is now a favorite weapon for long-range engagements, and in terms of kill time, a zoomed LightRifle currently outclasses the DMR. This has created a dynamic that allows the DMR to excel in a very specific range and role – at equal skill levels, LightRifle users will punish the DMR at range, and Battle Rifle and Carbine users will have an advantage at close range.

Also, our latest tests have included a slight damage bump to the Magnum – while it is still the same amount of shots to kill (6), the slight increase will make it more valuable as a secondary weapon, particularly in team play when “team shooting” (firing at the same opponents with your teammates). In Quinn’s words, “The Magnum feels good. It just feels really good.” Quinn gets kind of weird when he talks about weapons. [bs angel note: And even when he’s not.]

This coming Monday, an encore of Spartan Ops Episode 6 will be available in Matchmaking. One of the things we’ll be doing in our next Matchmaking Update, which will take place on May 20th, will be showcasing some of our favorite Forge Island creations in a limited time only Community Forge Island playlist. If you’d like to submit your creations (or those of a friend) for consideration, be sure to post in the Community Cartographer’s Thread in the proper format.

As you probably know by now, we have been actively tuning some of the weapons in the Halo 4 sandbox. We are still regularly playtesting, and excited to say that we’re nearing the end of tweaking and tuning each weapon. At this point, we are happy to share several key items that we’re looking forward to in the schedule:

Now, onto the next Matchmaking update. This coming Monday, we’ll be adding quite a few maps into several existing playlists. These maps were showcased in our Community Forge Test and FFA Forge Test playlists, and have since been updated to provide new experiences across multiple game modes. Here’s what will be added and updated come Monday.

END_OF_DOCUMENT_TOKEN_TO_BE_REPLACED

Hi everyone, Chief here, I took a hiatus last week as the bulletin didn’t have any new information. It was just a Q&A from PAX East and all of the questions were answered by my PAX East video anyways. So here we have a doozie of a bulletin fill to brim with Castle Map Pack and CSR details so lets dig in! Click here for the full bulletin.

“There are two different ways we calculate your CSR. CSR is closely based on your TrueSkill rank, which ensures that you’ll be ranked – and matched – against opponents of comparable skill. Your CSR is dependent upon your personal performance as well as the rank of those you play with. While several playlists will use a win/loss system to determine whether or not you rank up, others will use individual scoring, which will rank you based on your performance against everyone in the match, teammates included. In some playlists, you’ll rank up faster than others – these vary in order to create the most optimal experience for each playlist.”

There will be two different scoring systems: Individual Scoring (compares you against everyone in the game) and Team Scoring (based off wins and losses and objective play). Playlists will only feature one system:

Playlists that use individual scoring:

Playlists that will use team scoring:

“CSR challenge where playing the Castle DLC playlist and reaching level 35 or higher between April 8 and April 22 will award you with an exclusive Avatar t-shirt, so stay tuned to Halo Waypoint and our Twitter account for more giveaways and surprises.”

In mainstream playlists it will be very difficult to carry your teammates CSR if they continually end up on the bottom of the scoreboard, it will be easy however for the weakest link in your party of friends to bring down their CSR and risk losing lots of matches.

If you leave early once a match has started, it treats it as if you were the lowest rank in the match for the individual-scored playlists and as a loss on the team-scored playlists. Players that join in progress are currently treated as if they had played the entire match. That said, in our selected, more competitive playlists, there will be rules in place to mitigate the effect. Namely:

We are actively investigating occasional CSR resets, both globally and for certain playlists. Reasons for resetting ranks include overhauls to CSR calculation, Halo 4 game updates, and events and promotions centered on CSR. Resetting CSR is not something we’re taking lightly so when we do reset it, we’ll be sure to provide ample messaging describing the reasons for doing so.

Also, these maps will be integrated into many of our existing playlists. DLC maps will appear in a playlist if all players in the match have downloaded the content.

Replacing Community Forge FFA, Rumble Pit will feature both Infinity Rumble and Rumble Pro in the voting options. Here are the maps that the playlist will launch with:

Phewf! That was a big one.

Back again with another look at this weeks Halo Waypoint Bulletin. This time we have information in regards to the Majestic Map Pack, Playlists, and the February Title Update (which I’ll post separately here). You can read the Bulletin in its entirety  here but here are the highlights!

343 has planned a week of Majestic festivities:

Read more for the settings for each playlist, map, and game variant!

END_OF_DOCUMENT_TOKEN_TO_BE_REPLACED

Hello there, back again with another Halo Waypoint bulletin. This time we have more than just Halo 4 Matchmaking Updates we also have a little bit of Title Update Information. Let’s break down this weeks bulletin. And as always you can read the entire thing here!

As of this morning, January 21st, the Forge Playlist was added to Halo 4’s multiplayer. Here’s the basic information on what to expect on the maps and the game types you will be playing!

Description: Some believe this remote facility was once used to study the Flood. But few clues remain amidst the snow and ice.
Author: Big Papa SaLoT & Nitrooo 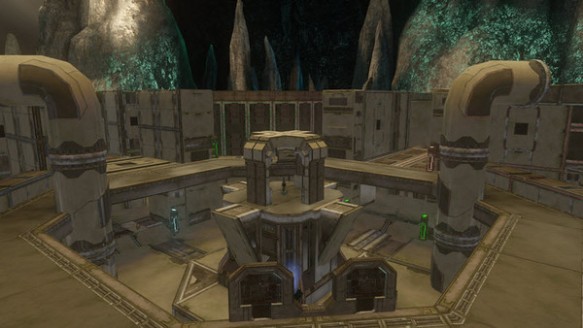 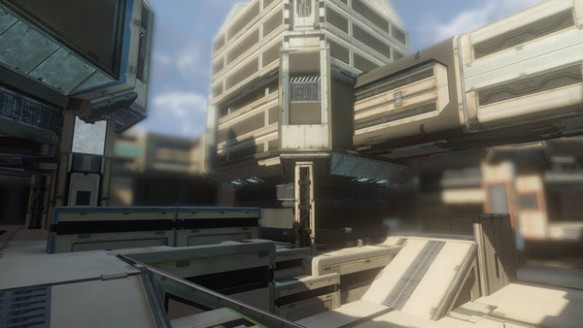 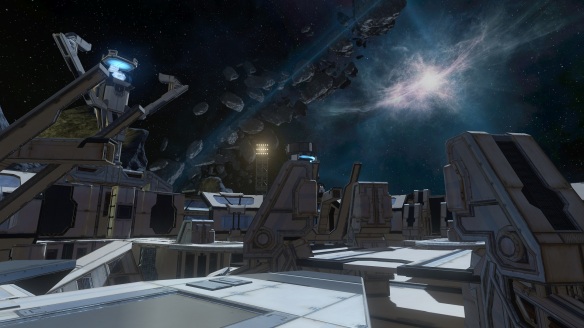 As the title shows, this bulletin was jam packed full of information, nothing specific, but LOTS of information for the remaining month of January and a look into February so let’s get started. The Bulletin opens with a letter from Frank O’Connor about the year.Then come the big announcements in regards to Halo 4 Multiplayer Playlists, Specialization releases, the new DLC map pack, and the title update.

What playlist and/or specialization are you looking forward to the most?